My Year in Competitive Reading

by Janet Hoy, the One Lit Place Book Activist

Growing up, my best friend and I were obsessed. We would spend our Saturdays going to the Cardinal library, getting kicked out at closing time, and sprawling out in her living room to keep reading. Our library was only open for two hours, four days a week, most of the books were horribly out dated, and we owned that place. I am proud to note that the legal age of fourteen for checking out an adult book was waived for us. Barbara Cartland, Erma Bombeck, and semi-naughty 1950s cartoons were ours for the taking. 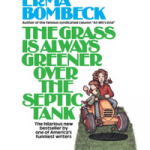 We were also insanely competitive. A friendly game of Payday usually ended with someone getting walloped over the head with the board. Naturally, our reading turned competitive as well: who read the most books in a week, who discovered the best book, who made it to library first, and most importantly, who got the newest Betty and Veronica comic. Looking back, I have no idea who was the ultimate victor. (I’m going to guess and say me.)

My hunger for books never ceased and neither did my competitive streak, and in 2015, when I saw the Savvy Reader’s 50 book pledge, it was a no-brainer that I’d do it.

Initially, I asked myself: 50 books in a year? Was I insane?

No, but I was curious to see whether I could do it, and more importantly, like any self-respecting addict, I needed a win. I was a little sad and tired and 2014 was like being trapped on a crowded subway on the way to the dentist. I was working fifty hours a week while going to school, had no social life, and for the first time ever, I was feeling my age and didn’t like it.

Not being a good athlete to which anybody who ever was unlucky enough to be on the same volleyball team as me can attest—and Google searches on competitive sock monkey making or TV watching coming up dry, when I happened upon the book challenge, I thought, “Done. I’m getting back into the competitive reading game.”

Yet this time, I was only competing against myself.

Fifty books in a year doesn’t sound like a lot until you break it down by the day-per-book, which is (for those of us who aren’t mathematicians, which is everyone reading this blog) 7.3 days per book. That’s doable for people who have fairly swinging easy schedules, but for most normal people working fifty hours a week and attending school also full time, it would be a true challenge.

But by April, I’d gotten to the point where I knew not only would I read 50; I’d exceed it.

If you are enjoying this article, sign up here to receive more- PLUS our FREE course on creativity, straight to your inbox ~

This new challenge did have its ups and downs. Usually if I am not liking a book, I move on. No offense to the book I’m reading, but there is always another book to be read. I realize a book can get into a lull and then bounce back, and I may have given up on a few gems, but generally, no regrets.

Now, it was a conundrum. I was 197 pages into Blake Butler’s 300,000,000, and while the first one hundred pages had some of the most beautifully put together words I have ever read, I didn’t want to keep reading. I got halfway through and really wanted it to count, so I skimmed. Fortunately, skimming didn’t happen that often. 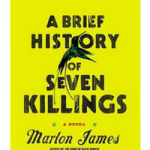 Sometimes the opposite would happen. There were those books like Marlon James’ A Brief History of Seven Killings that were so deliciously readable that I slowed down so I could live with the characters for a little while longer. Plus, it is 704 freakin’ pages, and I was on an extremely strict deadline. So I would balance the heavyweights with graphic novels to up my numbers and recover the time. Michael Deforge’s graphic novels got me out of more than one tight spot.

Another problem I encountered with taking in so many books in such a short time was they started blending together. That year, many of the books I read were new releases by female speculative fiction writers. Let me tell you, there is nothing more embarrassing than being at a dinner party and confusing Carola Dibbell’s The Only Ones and Laura Van Den Berg’s Find Me. So awkward!

Also, there was no time to relax. Usually after reading a very special book like Han Kang’s The Vegetarian, I would take a day or two off before beginning anything new. I needed to let that book gestate, grow some roots, so it would never leave me.

I figured out a trick: if I read a book I’d read before, it kept the previous book in my whichever cortex and gave it time to solidify there. This was also a lovely tactic because I got to hang out with some old friends like Fleur Pillager and Sister Leopolda from Louise Erdrich books, which was a delightful reunion.

It has always been a goal of mine to write down all the books I’ve read, but I have never managed to do it. For some reason, writing down the name of a book, in my notebook, which I keep on my night table, with a pen right beside it, is an impossible task. 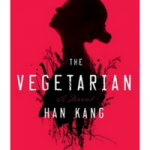 However, with the 50 Book Pledge, all I had to do was turn on the computer, go to the website, log on, find the book, grade it, and hit “enter”. The website would reward me with a new “on pace for” number. Since it is the Internet and the Internet is forever, I can check anytime I want to see what books I read that year. It is pleasant. As someone whose memory is getting worse every day to the point where I can barely recall what I read two books ago, that is a useful tool.

At two more than planned, I beat the books! I celebrated quietly. No cruisin’ for hearts, smiling faces, and thumbs on social media, no demanding free drinks from friends at the bar, no bragging at work; I don’t even think I told my mother. By the end of 2015, I had sufficiently recovered from my difficult year, so the win was not as important as when I had started. Still, I was pretty darned pleased with myself. There is nothing like reading 77 books of characters who are trapped in dystopian futures, suffering with mental health issues, running from drug lords, or is just a misfit struggling to make it through the day to keep me company and show me that my life was none too shabby.