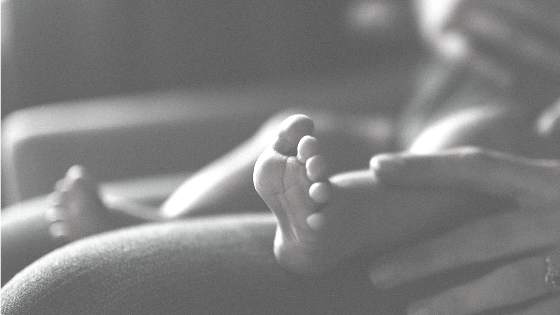 Writing Through Motherhood: at One Lit Place

When you consider the myriad complexities in trying to balance the two often clashing states of motherhood and being a writer, it seems only natural that a writing workshop designed specifically to speak to, help define, and hold these states in a writing community would be of enormous benefit.

Writer Keri Bertino teaches in Columbia University’s MFA program, and spent eight years as the director of the Writing Center at Baruch College, CUNY. After becoming a mother and seeing a need both in herself and in her community, she created her own workshop called “Writing Through Motherhood”.

Says Keri: I dreamed up Writing Through Motherhood in the spring of 2016, when I was pregnant with my second child. I’d grown weary of the perennial articles about motherhood spelling the death of writing careers. Their message to me and others like me played as if on a loop: you are doomed, you are alone, the things you love most and that define you are at odds with each other, and etc.

“In my drafts from that period, you can see all these equations I was doing in the margins: if they’re awake for 86 hours can I do 15 hours of writing? Is it OK for me to be away from them that long?” Lily King

Sign up to receive our FREE Downloadable PARENT WRITER Resources List, plus new, info, discounts and more- straight to your inbox!

At the time, my son was four and I was expecting. At a friend’s book party, I was chatting with another writer, her 10-month-old snuggled in a carrier on her chest. She asked how my writing was going, and I began to elaborate enthusiastically on the two projects I was working on.
She looked astonished, and also exhausted. “I’m not getting anything done,” she said. “I feel like I have all of these ideas, but when I try to organize them, it’s like my brain isn’t working.”

I recognized this state and remembered it well. “He’s not sleeping through the night yet.”

“Yeah, that’s what writing’s like when they’re not sleeping. But I hear you about the ideas—there’s something so particularly generative about this moment. Your brain and senses are firing all the time, and you’re writing little snippets in your head constantly.”

I pulled the elder mother card then. “Listen, if you can, jot those good ideas down now, just when you have a minute here or there, and put worries about organizing on hold—that’s for later. For now, it’s just about staying connected to it, keeping it going.” 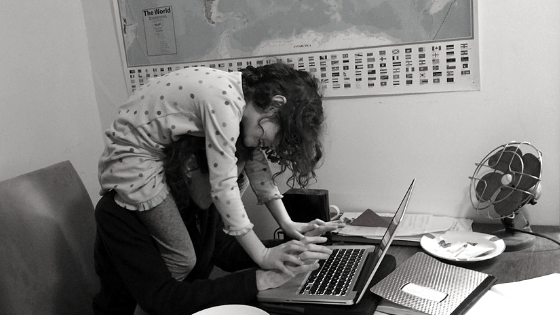 She nodded, I hoped appreciating that I’d been there, that so many women had been there, and as writers we were pulling for each other to reconcile the two most important states in our lives. That I was pulling for her.

We talked more about our writing, about the things that kept us going, and the many, many challenges we had to face every day as mothers and as writers now faced with this new “normal.”

“Being a mother . . . what you can write changes in light of that experience.” Claire Messud

Through this conversation, I realized that by virtue of necessity, I had learned to give myself specific methods for writing and strategies for supporting myself and asking for support from fellow writers so I could keep writing through the myriad challenges and stages of my children’s lives.

I had found my stride as a writer since giving birth to my first child in January 2012 when it became clear to me that not-writing was simply not an option. I’d been teaching for years and knew I was in a position to help support other women by creating a community and structure for writing through motherhood.

Sure, writing through motherhood has been hard, but it’s not impossible—and what I have found is it is much easier with support from other mothers.

“I think I have become a better writer since having children. It improves creativity, particularly because once you have children it makes you realise the story isn’t about you.” Louise Doughty

One thing I know about writers is we’re a tenacious lot. I also know we thrive in a community. No writer I know would sit back and resign herself to the commonly peddled belief that motherhood equals the death of creative work.

“Does the fact that Heidi Julavitz, Nikita Lalwani, Nicole Krauss, Jhumpa Lahiri, Vendela Vida, Curtis Sittenfeld, Marilynne Robinson, Toni Morrison and so on and so forth (I could really go on all day with that list) have multiple children make them lesser writers? Are four children a problem for the writer Michael Chabon – or just for his wife the writer Ayelet Waldman?” Zadie Smith (in response to the Atlantic Month’s article that female writers have only one child if they want to be writers)

To all of this I say no. We can do better by ourselves.

I hope you’ll find a home in this workshop. It’s here to give you a resource, a steady stream of support, and a community of mothers who are all in this “normal” together.

“Writing Through Motherhood” begins June 13, 2019 and runs nine weeks. It is designed for all people who identify as mothers and provides community, support, and the opportunity to write and connect with compassion, humour, and understanding of the complexities mothers who write face every day.

Register for This Course