Whose Story Is This? Using Point of View in Fiction Writing When it comes to writing craft, some terms are quite technical sounding (Verisimilitude? Pacing? Conceit?) and require some explanation to understand and implement, where fortunately, others are concepts taken from real life use.

Point of view (or POV in fiction writing craft parlance) is one such lay-term that means the same in real life as it does in writing: It’s simply the perspective being used to tell the story. Choosing your point of view is the easy part; where you want to know a bit more about how it works is when it comes time to manipulate the point of view in the fiction you write, so you get the level of intimacy and distance that will benefit your story.

To Begin: How Do You Choose a Point of View?

Human beings are natural storytellers, and many of our choices as writers stem from our innate ability to spin an engaging tale without much forethought.

Point of view is one such instinctive decision that’s largely based on you gravitating to the character whose story is the most compelling to you. You will naturally know whose story you want to tell because they’ll be the character or characters with the most at stake, the greatest challenge to overcome, or the problem that’s most appealing to you.

In a story about a family, it could be one of the parents or one of the children. In a relationship it could be either party (and radically different stories would emerge depending on which character you chose!) How close you want to go will also depend on your level of personal investment in the character:

The 3 Points of View and How They Work

There are three primary delivery mechanisms for using perspective, or point of view, in fiction: First person (“I”), Second person (“you”) and Third person (“he”/“she”/”they”). Each gives a different dynamic, voice, and opportunity to play with degrees of emotional/intellectual distance.

When you use first person, your character is telling their own story. This means they, in their own voice, interpret what’s going on and tell the reader about it. What they chose to tell (or omit) is part of their flaws as a fictitious human being, and our fun job as the reader is to determine whether they’re reliably giving the story in a reasonable and full picture or whether they’re skewing it due to their own personality, wants, and vulnerabilities. Learning whether our character is reliable or unreliable is half the fun and a huge part of the first-person story experience.

For you as the writer, telling the story as your character is great fun. Every day when you sit down to write, it’s like you’re an actor and get to slip into character. Their voice, prose use, pacing, tone, and personality will typically be quite different from yours, and it’s an exciting task to bring them to life of their own volition.

Example, The Catcher in the Rye, J.D. Salinger

If you really want to hear about it, the first thing you’ll probably want to know is where I was born, and what my lousy childhood was like, and how my parents were occupied and all before they had me, and all that David Copperfield kind of crap, but I don’t feel like going into it, if you want to know the truth. In the first place, that stuff bores me, and in the second place, my parents would have about two hemorrhages apiece if I told anything pretty personal about them. They’re quite touchy about anything like that, especially my father. They’re nice and all–I’m not saying that–but they’re also touchy as hell. Besides, I’m not going to tell you my whole goddam autobiography or anything. I’ll just tell you about this madman stuff that happened to me around last Christmas just before I got pretty run-down and had to come out here and take it easy. This point of view is not as commonly used because it is more like a stunt narrator, a device, and a little trickier to use. Second person forces the reader to be a character in the story (remember the Choose Your Own Adventure books?) It’s a dynamic and interesting method of storytelling because it thrusts your reader into the very active role of being the protagonist, and like it or not, they’re going on an adventure!

Here’s the opening of Lorrie Moore’s short story, “How to Become a Writer”:

First, try to be something, anything, else. A movie star/astronaut. A movie star/ missionary. A movie star/kindergarten teacher. President of the World. Fail miserably. It is best if you fail at an early age – say, 14. Early, critical disillusionment is necessary so that at 15 you can write long haiku sequences about thwarted desire. It is a pond, a cherry blossom, a wind brushing against sparrow wing leaving for mountain. Count the syllables. Show it to your mom. She is tough and practical. She has a son in Vietnam and a husband who may be having an affair. She believes in wearing brown because it hides spots. She’ll look briefly at your writing then back up at you with a face blank as a doughnut. She’ll say: ”How about emptying the dishwasher?” Look away. Shove the forks in the fork drawer. Accidentally break one of the freebie gas station glasses. This is the required pain and suffering. This is only for starters.

Other books written in second person:

This outsider narrator is the most flexible narrator of all three as it offers numerous options for how you can follow one or more characters and through what degree of distance/intimacy (called “psychic distance”).

The best way to think about third person narrators is as if they were a movie camera strapped to a bungee cord: Because of its flexibility, third person is highly user-friendly:

“That’s all you let yourself remember,” Sethe had told her, but she was down to one herself—one alive, that is—the boys chased off by the dead one, and her memory of Buglar was fading fast. Howard at least had a head shape nobody could forget. As for the rest, she worked hard to remember as close to nothing as was safe. Unfortunately her brain was devious. She might be hurrying across a field, running practically, to get to the pump quickly and rinse the chamomile sap from her legs. Nothing else would be in her mind. The picture of the men coming to nurse her was as lifeless as the nerves in her back where the skin buckled like a washboard. Nor was there the faintest scent of ink or the cherry gum and oak bark from which it was made. Nothing. Just the breeze cooling her face as she rushed toward water. And then sopping the chamomile away with pump water and rags, her mind fixed on getting every last bit of sap off—on her carelessness in taking a shortcut across the field just to save a half mile, and not noticing how high the weeds had grown until the itching was all the way to her knees. Then something. The plash of water, the sight of her shoes and stockings awry on the path where she had flung them; or Here Boy lapping in the puddle near her feet, and suddenly there was Sweet Home rolling, rolling, rolling out before her eyes, and although there was not a leaf on that farm that did not make her want to scream, it rolled itself out before her in shameless beauty. It never looked as terrible as it was and it made her wonder if hell was a pretty place too. Fire and brimstone all right, but hidden in lacy groves. Boys hanging from the most beautiful sycamores in the world. It shamed her—remembering the wonderful soughing trees rather than the boys. Try as she might to make it otherwise, the sycamores beat out the children every time and she could not forgive her memory for that.

This is a challenging narrator because the narrator is not emotionally aligned with anyone in the story. Therefore everything is shown, meaning all of the motivations for characters must be physically manifested for the reader to get a sense of what they want and what the problem is. The benefit is the reader discovers everything on their own, which is exciting as they have to pay attention to know what’s happening.

Of Mice and Men, John Steinbeck 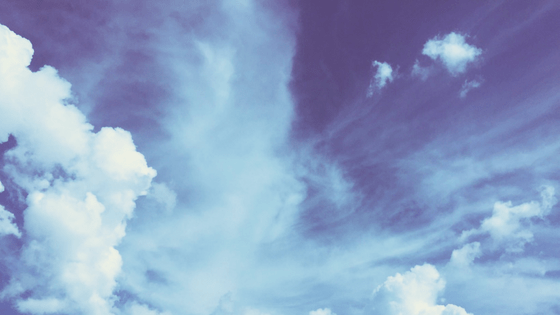 This narrator basically knows everything including things the character’s themselves don’t know. The “little did she know … ” device belongs to the omniscient narrator. This narrator, because they can know everything, is highly flexible but perhaps too much so. The author has to be careful to smoothly move around in space and character so as to not give the reader vertigo or shake them from the dream of the story.

What If After You’ve Written Your First Draft, You Realize You’ve Chosen the Wrong Point of View?

First of all, there is no wrong point of view! A story could truly be told from any character’s perspective and be rich and dynamic.

That said, it can happen that like writing our way into the story we want to tell, we begin writing the story in a point of view that feels like a natural fit, but over time we realize this point of view is less in line with how we want to sculpt the story.

It happens to every writer (really, ask around; every writer has their point of view switcheroo stories, myself included). And yes, there’s some work involved adjusting the draft.

But whether you keep your original point of view or shift to a different point of view in later drafts of a story or novel is a natural part of finding your story’s developmental legs and part of the process- and evolution- of ourselves as artists and of our projects. The One Rule of POV: Consistency

You can do whatever you want with POV in your story as long as you are consistent (and this caveat applies to all of the craft choices you make in your story). The lens you use through which you bring forth your story teaches the reader how to accept the story’s delivery and serves as a “contract” (e.g. you will deliver the story as A, and therefore the reader get a hot drink, relax, and enjoy being served the story as A).

1)     maintaining the “dream” of the story ensures your reader remains immersed and the less likely they’ll want to break away from reading to get back to the real world.

2)     The longer your reader lives with your characters, who are continuing to develop and change over the course of the story, the more empathy and greater emotional investment they’ll have.

Once you’re done, have a look at which point of view you used.
Is it satisfying? Does it feel fluid and natural?

Pro tip: the answer is probably the same character or characters.

Ready to make sure you’ve satisfied all the criteria of your story with our Fiction Editing Checklist? Click the image below to subscribe and receive yours FREE, plus news, articles, info about writing and more ~ 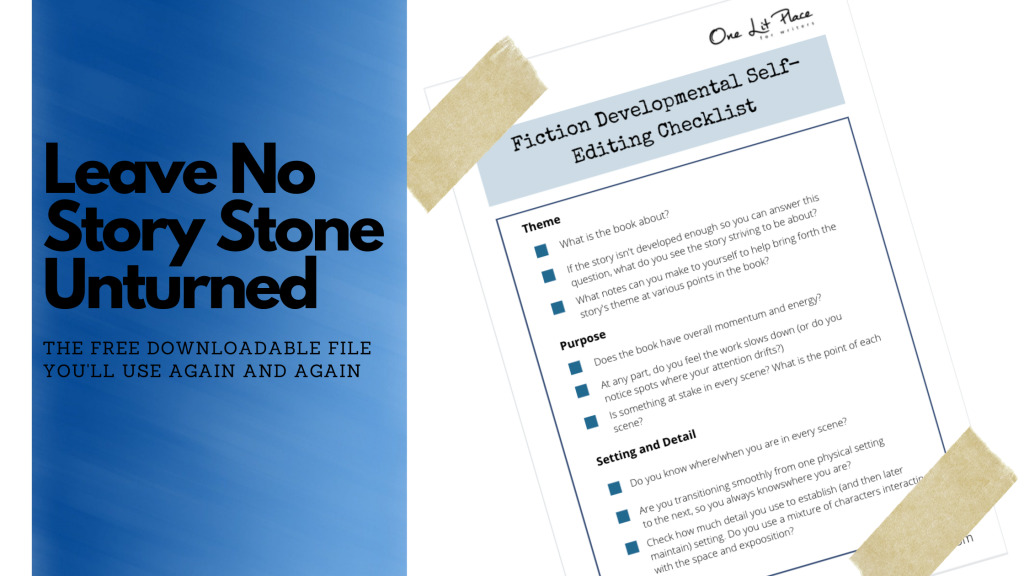