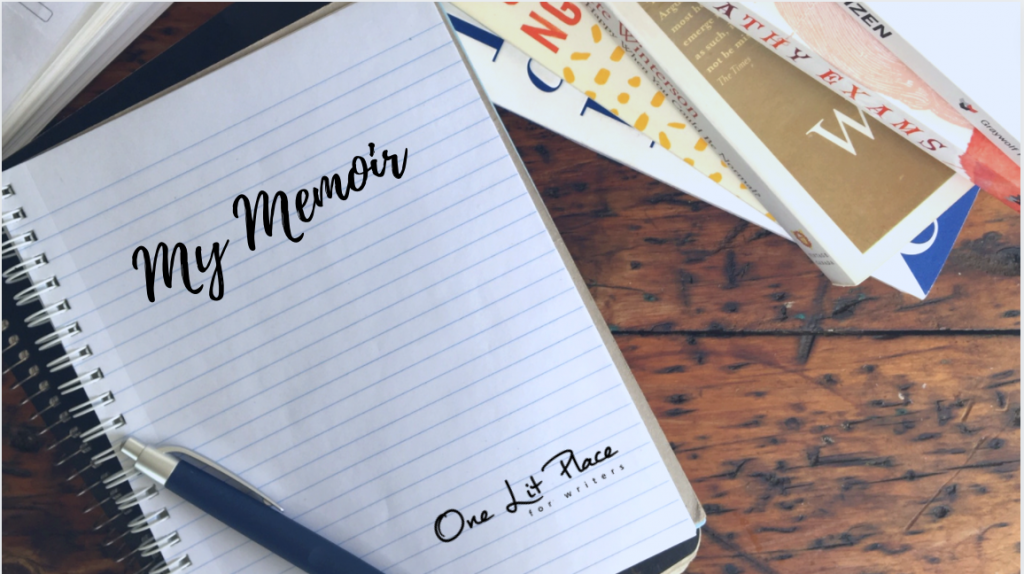 Modern memoir writers issue disclaimers in their books indicating how they’ve dealt with aspects of the genre and protected the innocent (or the not-so-innocent) by managing their subjects’ privacy. What the memoir disclaimer covers and how it’s written can alleviate the memoirist — to a degree — and enable them to write their story as it needs to be told.

In many countries, readers enjoy works of literature equally— regardless of whether they’re fiction or nonfiction—based purely on their literary merit. In North America, however, we hold fiction and nonfiction/memoir to different standards based on our psychic connection to the content and to the author. Where a novel can be anything from based on a true story all the way up to entirely fabricated, a memoir must be an accurate and factual account of events for it to be considered a valid work of literary merit within the genre and thusly a work that can be accepted by readers as such.

Because our cultural expectation of memoir has evolved to where readers demand the form adhere to the rigours and parameters of truth telling, only at which time we vulnerably let ourselves feel an unfiltered intimate connection with the memoirist, the requirements of the form put the memoirist or nonfiction writer into the double challenging position of having to write not just a fantastic story but a fantastic story whose every moment is factually accurate.

Yet as anyone who has written nonfiction or memoir knows, not only is this not possible, it’s not legal.

In order to ensure the book exist as a work of literature, some connecting of dots to satisfyingly realize the story’s arc as well as certain gentle massages to make the work readable and engaging must happen; further, the memoirist must protect the identities of their subjects who are appearing in the work not of their own volition and who are entitled to their right to privacy.

Fortunately, the memorist, positioned at such a funky crossroad, is saved (somewhat) by the wonderful little blurb known as a disclaimer.

A disclaimer is a short paragraph included on the memoir’s copyright page that speaks to how the author has managed certain tenets of the genre and others’ privacy.

It can be basic and nondescript, a nod to the author having made certain adaptations and to show due diligence:

This book is memoir. It reflects the author’s present recollections of experiences over time. Some names and characteristics have been changed, some events have been compressed, and some dialogue has been recreated.

Or it can be much more full-voiced and in the lyric register of the author’s persona and the overall work, which shows they take these issues seriously and have managed them with care in order to honor the parameters of the genre (and the privacy of those who appear in the story). 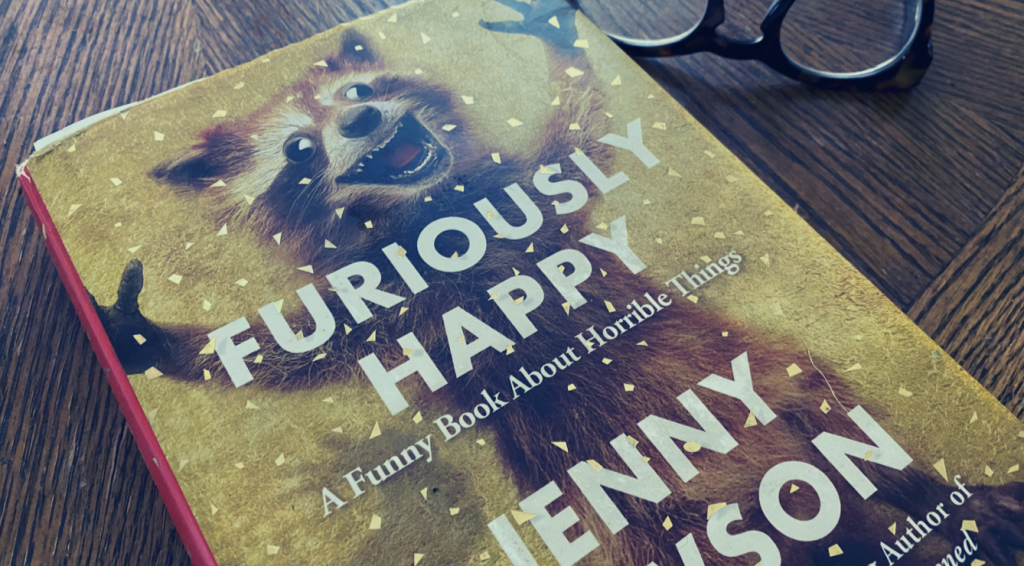 Jenny Lawson in her memoir-in-essays Furiously Happy has a multi-part disclaimer that is a perfect introduction to what the reader can expect: her level of humour is how she surfs along the challenges of her life and is the organizing principle of her turning her experiences into moments to be examined for making meaning out of her often debilitating mental illness.

Everything in this book is mostly true but some details have been changed to protect the guilty. I know it’s usually about ‘protecting the innocent’ but why would they need protection? They’re innocent. And they’re also not nearly as fun to write about as the guilty, who always have more fascinating stories and who make you feel better about yourself by comparison.

Because of our expectation that memoirists are telling the truth, the whole truth, so help you etcetera, when the author does take mild liberties to ensure the story is its most readable and of the highest literary quality as a story such as creating amalgam characters, compressing events, even inventing purported or ideal dialogue to support an actual conversation, speaking to how those liberties were managed in the disclaimer gives the memoirist something of a “get out of jail free” card.

This work depicts actual events in the life of the author as truthfully as recollection permits and/or can be verified by research. Occasionally, dialogue consistent with the character or nature of the person speaking has been supplemented. All persons within are actual individuals; there are no composite characters. The names of some individuals have been changed to respect their privacy.

Disclaimers have become a necessity in the last 20-ish years largely in response to well-publicized memoir debacles. James Frey, author of A Million Little Pieces (2003) was found to have fabricated some details of his book, which set off a firestorm of controversy, the publisher handing out refunds to angry readers, and caused him to add a lengthy author’s note in later printings. 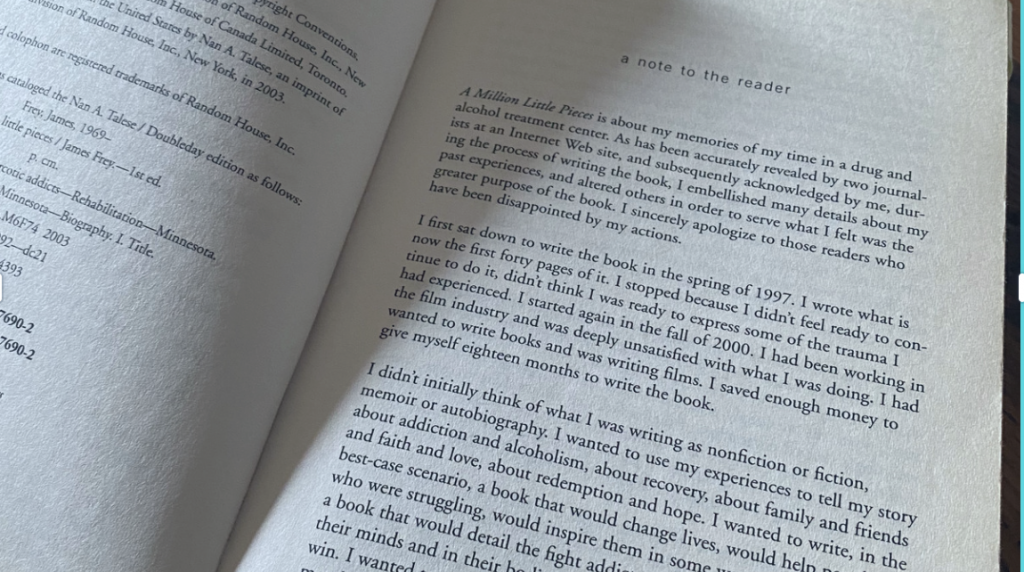 Author’s Note in later printings from A Million Little Pieces

Interestingly, Frey had initially tried to publish the book as fiction- precisely because he had reasonably overstepped memoir’s limitations (turning three hours in jail into a multi-day incarceration, for example), but when he couldn’t get representation, he switched his pitch, called the book a memoir, and it got snapped up instantly and won over the reading public, who then were furious once they found out what he’d done.

Augusten Burroughs’ Running with Scissors (2002) was another such situation that failed to appropriately manage the privacy of his family members depicted in the book. After his family sued him for defamation, in subsequent reprints, he included a disclaimer that both served as an apology for any harm caused by his book to those in it and to clarify how he had to massage aspects of the story for readability. 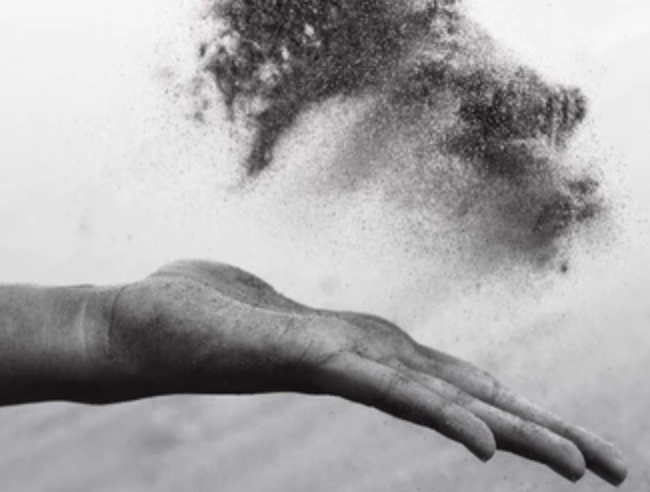 One of the major critiques of the disclaimer is that it may give the memoirist a false feeling of security in employing creative license, which nudges the memoir away from its expected truth-telling and into fiction (“reality fiction”). While this is a concern to memoir purists, it’s also an invitation to expand our relationship to the form and an opportunity to invite emotional attachment and feelings of intimacy in other ways (based on a true story, auto-fiction, or memoir all serving as authentic stories to a large degree)

Disclaimers Protect Relationships (and the author from the courtroom)

Most memoirs are stories of a person’s journey through a challenging time, and while memoirists chose to hazard themselves to varying degrees and make public their personal stories, those in their lives do not get to make that same choice. When they appear in the book, it is therefore very important to protect their privacy both as a courtesy and also as a legal obligation.

Changing their names, all identifying characteristics, and painting them with compassion and empathy honors their personhoods and ensures their reputations suffer no harm.

The memoirist will bear the navigation of these relationships on and off the page as they see fit (including switching to autofiction or fiction if the relationships will not survive the truth-telling required of the genre), but the disclaimer can further illustrate their genuine desire to tell their story as they experienced it in order to invite healing, clarity, and connection, and that in doing so, they wish to cause no harm to those who appear in the work.

Technically speaking, as lawyer Helen Sedwick says. “Legal disclaimers are like chicken soup when you have a cold. They can’t hurt and might help. While they are unlikely to stop a lawsuit, they may put an obstacle in the way.”

When you are ready to write your memoir and would like to complete your draft in our Write Your Memoir in 4 Months Program— or you already have begun the work and would like to get support, guidance, and accountability to help you complete the project— please be in touch any time for a FREE consultation!