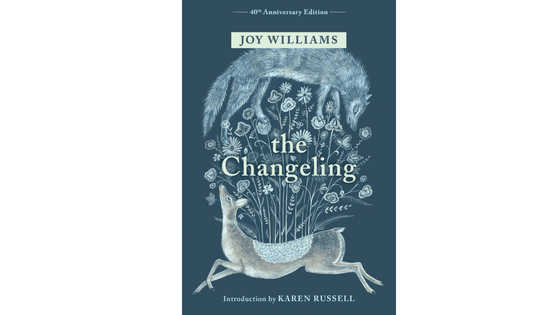 Sometimes the insights of an avid reader on a book can make or break whether we dive into its pages. Join Janet Hoy, the One Lit Place Book Activist, as she shares her knowledge and experience and reviews books past and present.

I did it. I finally read Joy Williams. The Changeling is my first of her books. For years, I’ve been meaning to read her work, but I kept putting it off. The truth is I’d been in no hurry as she is most well-known for her short stories, and I have never been a huge fan of short stories. It’s not that I am against the short story; I just get so darn disappointed when the story ends before I want it to end. I am rarely ready to say goodbye to the characters, and I am certainly not ready to get to know a bunch of new ones. It’s like ending a relationship on a Tuesday night and meeting someone new before breakfast on Wednesday. Too fast! Not ready!

So when I read a review about The Changeling, which was a full-length, magic realism novel with a drunk protagonist- all things I look for when buying a book- I realized it was time to give Joy Williams a go.

If you would like to receive more blogs like these (plus our FREE course on creativity)- sent straight to your inbox- please sign up to receive our news & info!

I am also a sucker for a good changeling story. How do you just know that your kid is not your kid or conversely, how do you not know that your kid is no longer your kid? The Changeling by Victor LaValle was one of my favourite books of 2017, and The Changeling (1980) with George C. Scott is still one of the scariest movies ever made —and the first movie that made me wonder why people in horror movies always move into homes that are way too big and obviously way too haunted for them. The less said about Angelina Jolie running around shouting, “That is not my son!” throughout the 2008 film Changeling, the better. Joy Williams’ The Changeling has taken the changeling story, and added a few other unsettling layers to it, biting satire, and a political comment or two thus making it the best changeling story yet.

Originally published in 1978 and now republished on its fortieth anniversary by Tin House, The Changeling is about a young woman, Pearl, who is coasting through her life, drunk, living on her dead husband’s brother’s island while raising her son, whom she knows isn’t hers. 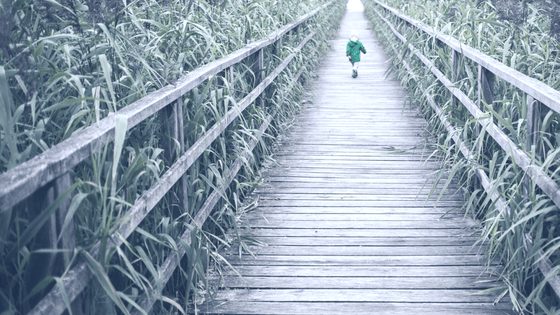 The book opens with Pearl drinking in a bar in Florida while holding on to her two-month-old son. She has fled from the island, her husband Walker, all the other kids who live there that scare her, and most importantly, her husband’s brother, Thomas, the controlling self-appointed figurehead of the island. Yet Walker finds her and drags her back to the island. Unfortunately, on the way, especially for Walker, the plane crashes, Walker dies, and Pearl realizes that her son, Sam, is not the same Sam who got on the plane with her.

The book then jumps seven years into the future. Poor Pearl is spending her days hanging out by the pool, hiding from the other adults, and drinking wine until it gets to be a proper hour to switch to gin. Besides drinking, she hangs with the numerous kids who have either been born into Thomas’ family or have been adopted by him and spend their days running around the island, being schooled by Thomas’ weird view on life, spying on masturbating uncles, and performing rituals. Normal kid stuff—Children’s Aid really needs to step up their game and pay the island a visit. Not Sam is their leader.

Through the course of the book, Pearl is in various states of drunkenness, whose effect gives the narrative a slightly off-kilter view of everything she experiences. One moment, Pearl is ruminating on the old women that lives in the house, and then, bam, she is on her knees and a kid is shouting at her, which is satisfyingly jarring. I, along with Pearl, question what is real and what is a hallucination. Is Sam actually Not Sam? Are there as many people as she thinks living on the island? The drinking also leads to Pearl’s many profound drunk thoughts. She reflects on the founders of the islands, Walker’s great-grandparents, Aaron who was a hunter and trapper and Emma whom all the kids agree was a witch. “Emma put her witchcraft in him and made him need her … She was born of something horrible. A kidney frying and splattering in a pan.” We also get a history of the family who currently lives there, none of whom are faring much better than Pearl, “Miriam was like a saint dragging herself through the desert with the sins of the world hanging from her waist.”

Published in the 70s, The Changeling reminds me just how much times have changed. The first paragraph places Pearl in a bar drinking gin and tonics with her two-month-old, and she is judged by no one. The waitress does not slam down another gin and tonic with a glare that could strip paint from a bench. No couple walks by her whispering and pointing. 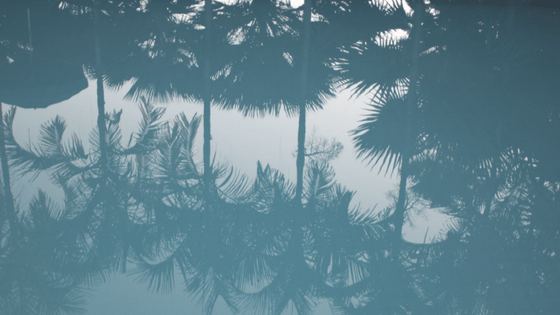 Pearl is a woman who is kept down and beholden to men, but also manages to live life by her own rules while fighting for her independence, even if to her, independence is sucking on the final ice cube of her drink. In this way, she is reminiscent of two other important female fictional characters of the seventies: Maria Wyeth in Joan Didion’s, Play It as It Lays, and the unnamed female protagonist of Angela Carter’s short story, The Bloody Chamber. Pearl and Maria experience undiagnosed mental health issues and/or substance abuse issues; they are flighty, unpredictable, and breakable, but they do whatever the hell they want and with witty, sharp one-liners. The unnamed narrator and Pearl find themselves in otherworldly situations that they need to escape. All three women live a life of privilege but pass no judgement on others, lest it be passed on them. These women do not fit into our world; they do not buy fish sticks at the grocery store, clean a tub, or get a hole in their sock (actually I am not sure if any of them even owns socks).

The kids in the book are unruly, imperfect, creepy, and pesky. Theyare truly animals. Their days are spent running wild on the island largely because none of the adults really wants to spend time with them. They do not inspire the adults to be better people. The adults do not spend their days worrying about whether Franny is working up to her potential, or if Trip is socializing properly (he is not), or even if Angie needs her diaper changed. I am pretty sure none of their artwork is hanging on the fridge.

They are, however, extremely fond of Pearl because she will spend time with them and because they think she is kind of crazy. Although Pearl likes them too, she fears them as well. She also isn’t exactly sure how many kids there actually are. Through her drunken haze, she looks at one of the kids and says, “Who are you?” It is her son, Not Sam, which also makes it a very loaded three-word question.  She further reflects that, “Children were quite disturbing really. It was difficult to think about children for long. They were all fickle little nihilists and one was forever being forced to protect oneself from their murderousness.” If she wrote this today, Twitter would hang her by her sunglasses. 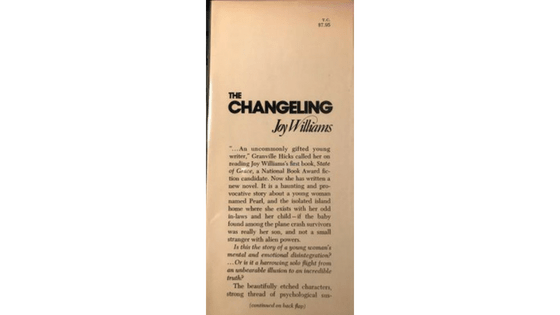 I had often heard about how wonderful William’s prose is, and no description I give it will do it any justice. What I can say is that I rarely quote passages from books, but now I can proudly state that I have managed to work her phrase, “Tits like doorbells” into at least three conversations since I read the book. It wasn’t easy but I did it. Two days ago, I bought The Quick and the Dead [read the New York Times review HERE]. Soon, I will move onto her short stories. This time, I am looking forward to it.

Janet Hoy is the One Lit Place Book Activist. She lives, works, and reads in Hamilton, Ontario.

Join other writers talking about books, writing, and everything in-between in our Writers Lounge. Registration is FREE. Join the conversation and connect with your people.

Register for the Writers Lounge