On Creating Mixed-Race, Fashion-Forward, and Full-of-Adolescent-Angst Characters: the Importance of Seeing Ourselves in YA Novels 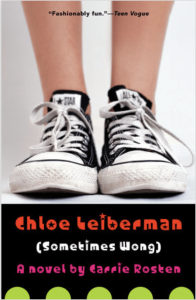 When Random House published my YA novel Chloe Leiberman (Sometimes Wong) in 2005, mixed-race characters didn’t really exist in books and TV. Culturally, we hadn’t yet entered the era of hybrids being considered cool, and mainstream media was still dominated by all-white families. While the idea of a “mixed race” protagonist didn’t really interest any mainstream publisher at the time, my background as a designer and fashion-forward “celeb” wardrobe stylist, along with a character full of very normal adolescent angst certainly did.

The novel wasn’t greenlit because of Chloe’s multi-hyphenate background; if anything, her being mixed-race initially was treated as mere “decorative” backdrop to her dominant obsession with all things fashion, style and Red Carpet. I, however, knew it was important that I see myself, and that we all see ourselves, reflected in the books we read, particularly in YA Books, and gave traits of myself to my character. 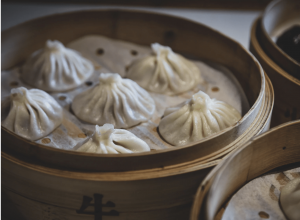 Like me, the main protagonist is equal parts Chinese, Jewish and WASP. Like the titular character, I too suffer from equal parts Chinese shame, Jewish guilt, and WASP contempt.   The young adult novel is a reluctant application to Chloe’s dream school, London’s St Martins School of Design, but her all-consuming disease, a self-diagnosed “Fashion Disorder” keeps getting in the way of her applying.

It also disrupts teenage considerations like, oh, showing up for the SATs, telling her parents the truth, understanding why she stays in a bad relationship, and, ultimately, applying to the school at all. (Spoiler: She does.) Does she get in? In the end, it doesn’t matter.  It’s a book about the journey, not the destination.

Upon commissioning the novel, the publisher was surprisingly broad: Tell a story about a young woman who’s obsessed with fashion, kinda like you but not, sure she can be mixed, why not?, just take the reader on a journey into her world the ways she sees it, through her uniquely privileged, mixed-race lens and make it about fashion.

I wasn’t exactly going to say no to the wild opportunity to be published by the same woman who put young adult literary icon, Judy Blume, on the map. What I ended up writing, however, took this mandate and mashed it up in my own blender, something which thankfully my trusting editors were receptive to.

Chloe’s obsession about “fashion” wasn’t just about that and neither was my book.

Fashion offered a portal through which I could show a young woman character experiment with agency, identity and “trying different things on.” My own multi-cultural background inspired me to explore the idea of not fitting in either at school or at home, while the multiple lenses of a mixed family provided room and material for me to explore dissent, surprising alignments, adolescent angst, comedy, and diverse POVs.

Chloe’s self-diagnosed “fashion disorder” was her unorthodox way to organize her debilitating adolescent angst and blossoming creativity. It was the vehicle to express both crippling self-doubt and distrust of authority, challenges that are central to many adolescent experiences and amplified for a young person of a mixed background who is constantly negotiating and attempting to fit into multiple sides—which can be like playing an exhausting game of ping-pong with yourself. 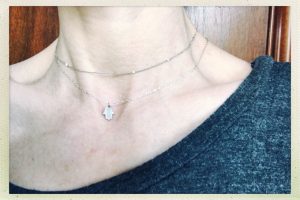 What began as a novel about a young outsider who looks and feels nothing like her own family yet alone her world evolved into a meditation on fitting in, mixed-race identity, and young people being given (or giving themselves) permission to come into their own and be themselves.

I also wanted to explore adolescent (and adult!) tendencies to judge, critique and even pathologize themselves with “disorders” just because they are curious, or strange, or brazenly different from anyone else in their birth family or insular social circle.

Chloe casually navigates her mixed-race, mixed-cultural milieu because it’s the only reality she’s ever known. Dropping Yiddish over Chinese dim sum served on William Sonoma white “china,” might seem spectacularly odd and exotic to many families, but for Chloe it’s as normal as the hallucinations she has about what’s wrong with what people are wearing.

While I didn’t set out to “normalize” mixed race households with this book, at the same time, this is my—and many others’— “normal” reality. Creating multi-cultural representation mattered to me then, and it matters that much more today in this bitterly divisive, tribal world.

I believe in the adage, “If she can see it, she can be it.” Do readers, especially young adults, crave stories that depict people that look, feel and live like they do?  Of course. Do young girls—especially young girls of color—need more stories about young female characters of color questioning identity, taking risks, facing rejection and leaving bad boyfriends? Of course.

But were these the driving forces behind this book? 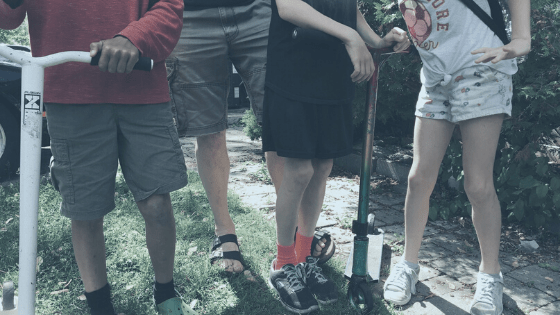 This was and is, first and foremost, a YA novel about not fitting in to other’s expectations.  It’s a story about finding a way to believe in yourself despite not fitting in, or getting in, and that all being just fine. I also wanted to portray an authentic, endearing, totally dysfunctional ethnically blended family that people, mixed and non, could connect to.

I continue to explore these themes in my work hoping they might resonate with readers today and in the future, recognizing how important it is we see ourselves in the books we read.  While it might not be a “fashion disorder,” everybody’s got a fear or dream (often the same!) that keeps them up at night, that thing they wish they could do if only opportunity knocked at the door—if only the door would open, already!

For Chloe, the door was always there but she had to learn how to walk through it, something akin to the writer’s plight, or process, or progress!  It’s a good reminder for me: open the damn door and keep showing up. 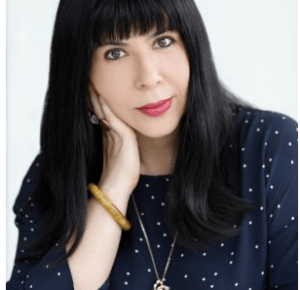 Carrie Rosten was born and raised in Hollywood to a Chinese-American mother and a Jewish-WASP father. She began her career as a wardrobe stylist in Los Angeles and then worked at several publications in New York including W, BlackBook, OUT, and at BULLETT, where she was the Publisher and Chief Brand Officer. Her first novel, Chloe Leiberman (Sometimes Wong) was published by Random House in 2005.  In 2012, Carrie self-published a children’s e-book, “Soma So Strange.”

Currently, Carrie consults with lifestyle, media and entertainment brands on brand strategy while also running TBD Mama, a community committed to exploring the state of motherhood. She recently relocated to LA from NYC with her husband, Kamuti, 5-year-old son, Karuna and 9-month-old rainbow baby girl, Amara. Follow her on IG: tbd_mama

Are you ready to write your own book and bring your characters to life? Contact us to talk about your work and find out how we can support you.