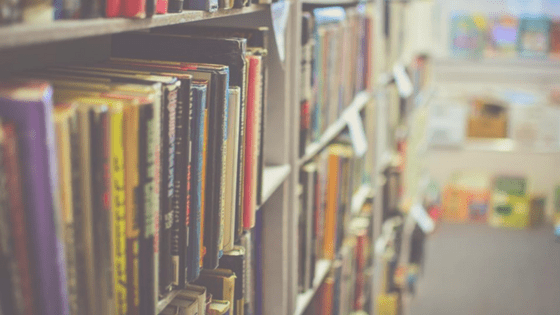 With so many great books to choose from, wondering what on earth to read over the holidays? Or needing to get in on the most-talked-about books of the year before it ends? You’ve probably noticed, then, that the number of “Best Books of 2017” lists buzzing around the Internet right now is pretty overwhelming. How to ever choose?

There’s already more than enough stress to go around during the holiday season. So, with your sanity in mind, I’ve rounded up common picks from these published lists (in Slate, Huffington Post, The Globe and Mail, and many more) and created the ultimate list of must-reads.

In my opinion, an entire year of literature can’t be properly represented without showcasing all of its wonderful varieties. Therefore, the twelve books listed below also come from twelve different genres, each representing one month of the year. This way, you’ll also be able to find something that you’ll like even quicker, and you’ll be relaxing by the fire with your new book in no time.

If this article is your kind of reading, PLUS if you’d like to receive our FREE course on Cultivating Creativity, sign up here to receive it all- straight to your inbox!

The Hate U Give, Angie Thomas (Young Adult Fiction)

Sixteen-year-old Starr is traumatized when she witnesses a police officer murder her best friend Khalil. When the incident makes national news, she takes part in street protests in defence of her friend. Unfortunately, there are people out there wishing to silence her.

The year is 1995, and Selin, a daughter of Turkish immigrants, is beginning her first year at Harvard University. She there befriends Ivan, an older student, and the two exchange e-mails that slowly heighten in mystery. Selin’s complex journey hence begins, as she must deal with her coming-of-age, a first love, and the realization that she is “doomed to become a writer.”

Thirty-nine-year-old Andrea doesn’t feel like a proper adult. While her friends are busy getting married and having kids, she remains childless, a failed artist, and a drinker. When her niece is born terminally ill, however, Andrea and her family must decide what it is that really matters in life.

When a medical procedure forced poet Patricia Lockwood back into her parents’ house—in a nuclear-waste heavy area of the American Midwest—she was swung back into the remnants of a mad childhood. Between her mother, constantly spewing warnings of impending doom, and her father, a gun-carrying, often semi-naked man who’d somehow found a loophole into priesthood, Lockwood was left with many humorous, and sometimes dark, tales to tell.

This book offers a thorough examination of the 1920s murders of dozens from the American Osage Tribe. Grann documents the newly formed FBI’s investigation into the case and how corruption eventually led it to failure. He describes FBI Director J. Edgar Hoover’s sequential decision to put together an undercover investigative team, which dug into the existing prejudices against Native Americans and their development into “one of the most sinister conspiracies in American History.”

In 1862, in the beginnings of the civil war, President Lincoln’s eleven-year-old son Willie passes away. He is put to rest in Georgetown cemetery, where he finds himself suspended a sort of supernatural purgatory. This limbo, called the ‘bardo’ in Tibetan tradition, is filled with ghosts and their strange activities—and it lends to a literary experience like no other.

Notable awards: Man Booker Prize for Fiction (Winner) (and just about every other award there is … )

In this fascinating dystopia, an aberration of nature grants teenage girls everywhere the power to effortlessly torture and kill. The changes to the workings of the world are massive.

Fifteen-year-old inexperienced Cat is welcomed into the world of rebellion by her new friend Marlena. The girls embark on a rollercoaster of reckless fun, but it all comes to a crashing end when Marlena is found drowned in icy water. Decades later, Cat finds herself haunted by her time with Marlena, and it is a wonder if she can ever forgive herself for it.

Jojo is a thirteen-year-old black boy whose mother, Leonie, struggles with drug abuse, while desperately wanting to be a better mother. So, when their white father is released from prison, she takes all of her children to the Mississippi State Penitentiary. It is there that Jojo encounters the ghost of an inmate, a boy like him who “carries all of the ugly history of the South with him in his wandering.”

In her first collection of stories, Hunt explores the otherworldly with imagination and complexity. Magic, transformation, resurrection, science fiction; every story offers a new kind of spooky strangeness.

Wang makes a mark with her debut poetry series. With stirring words about cities, communities, and their histories, each poem is a new attempt to “discover what is required of us when we cut across our material and psychic geographies.”

Truly, each book is on this list is magical and thrilling in its own special way. I hope it’s helped you to find something in a genre that you enjoy, or, perhaps, you’ve been intrigued to try something new in the new year. In any case, I wish you a Happy New Year and happy reading!

PS: If you’ve always dreamed of writing a novel of your own and need help ensuring that it makes our blog roundup of books next year (why not? Dreams have to come from somewhere), get an amazing literary foundation and further your practice in one of our upcoming online courses and workshops!